The Complete History of Comedy

21st to 22nd of September 2012 at the Chrysalis Theatre, Milton Keynes

As our name suggests, we love comedy and we selected our favourite comedy sketches and songs to present a selection of the best comedy material ever written  – material that make us chuckle! The show played to capacity audiences.

Monty Python, Beyond the Fringe, the Two Ronnies, Smith and Jones, Fry and Laurie, Not the 9 O’clock News, Rowan Atkinson, Comic Relief, Victoria Wood, Mitchell and Webb and many more…

After costs, the show raised £800 which was split equally between two charities: Amnesty International and Project Why.

The show included adult themes and strong language so came with a Certificate 15!

By popular demand we put on a ‘sequel’ focussing on female comedy writers and performers in March 2013. 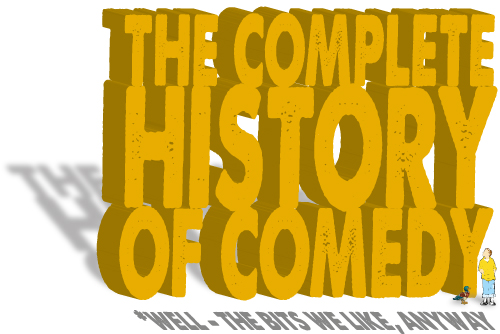