17th to 21st September 2013 at the Chrysalis Theatre, Milton Keynes

We took a trip to Café René in war-time France and witnessed the trials and tribulations of France’s greatest, if unwilling, hero, René Artois as he tried to deal with the resistance, the Germans, a pair of British airmen and the amorous advances of his serving girls.

Our 2007 production of the stage show of Allo Allo was a great success and for several years we had been keen to do more, but only one stage script existed. But then David Pibworth was given permission by one of the original writers, David Croft, to write a stage play ‘sequel’.

David Pibworth, David Lovesy and Steve Clark have crafted a brand new script, featuring all of the favourite characters from the hugely popular TV comedy series and the show premiered in Milton Keynes in September 2013.

While we received permission to write and stage this script, this is not available to other groups at this time.

You can view the credit sequence (filmed by Jeremy Cooper) that was projected onto a cinema screen at the end of the show here on Youtube.

We  returned to Nouvion to stage the original Allo Allo script again in the open air in 2020 with Allo Allo at the Arches. 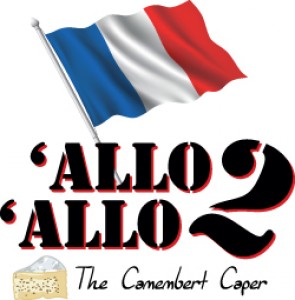 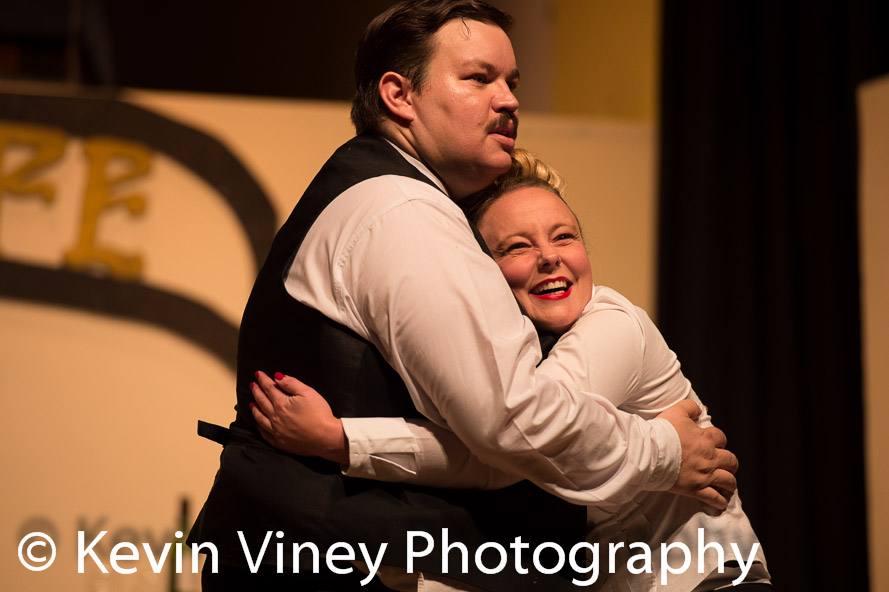 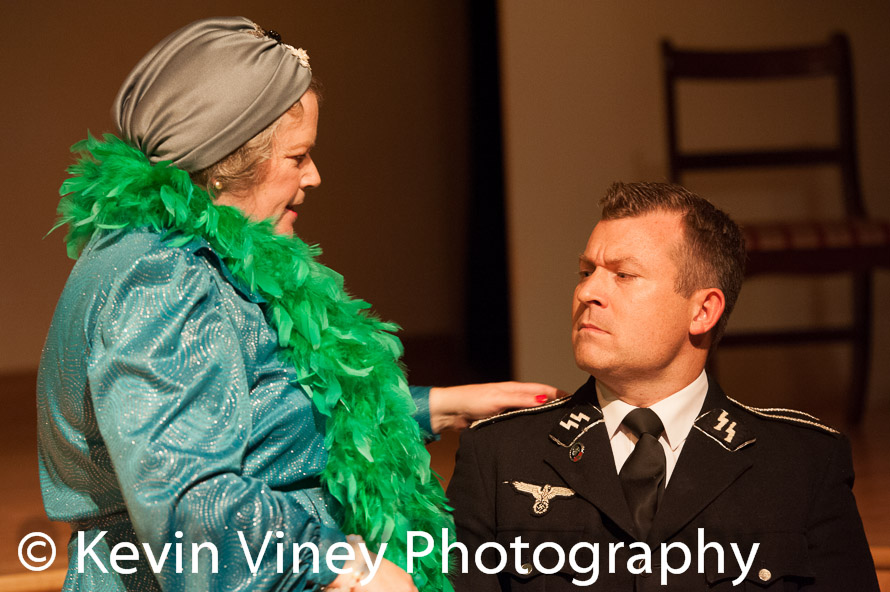 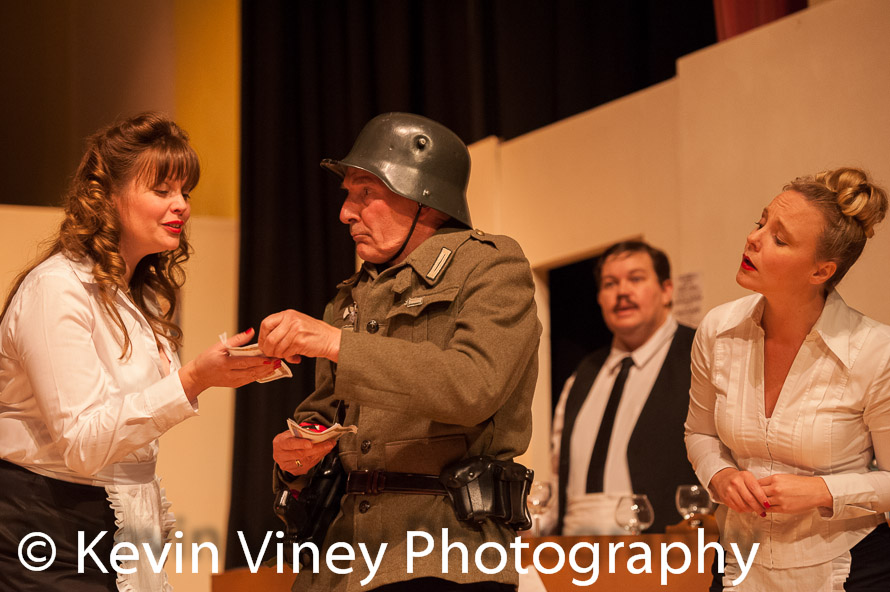 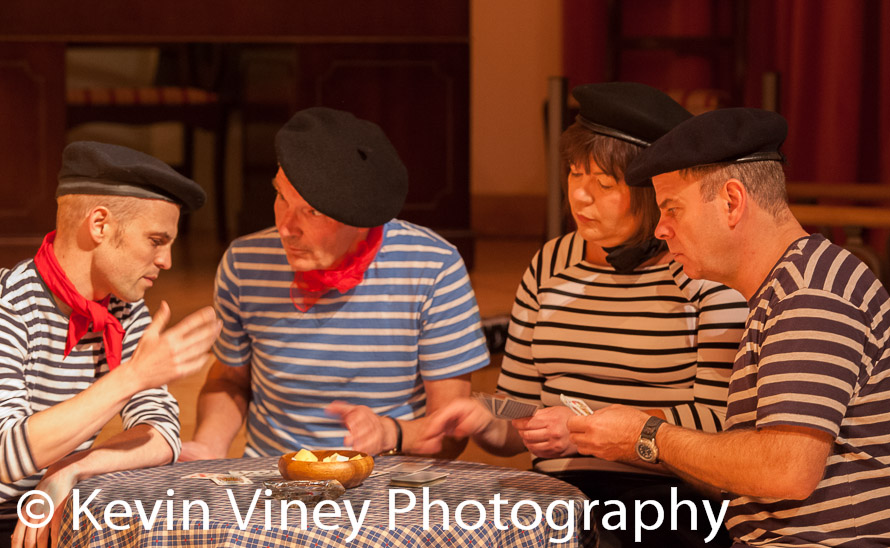 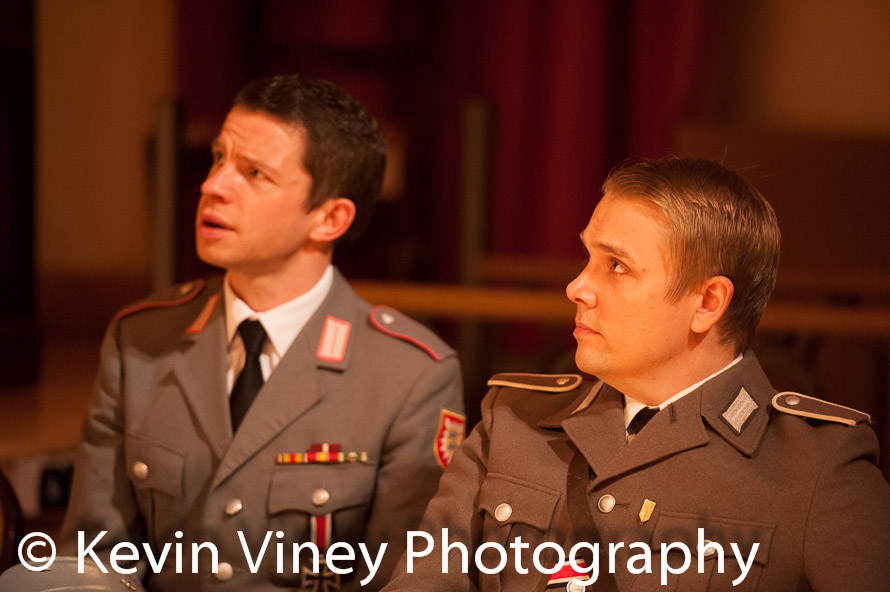 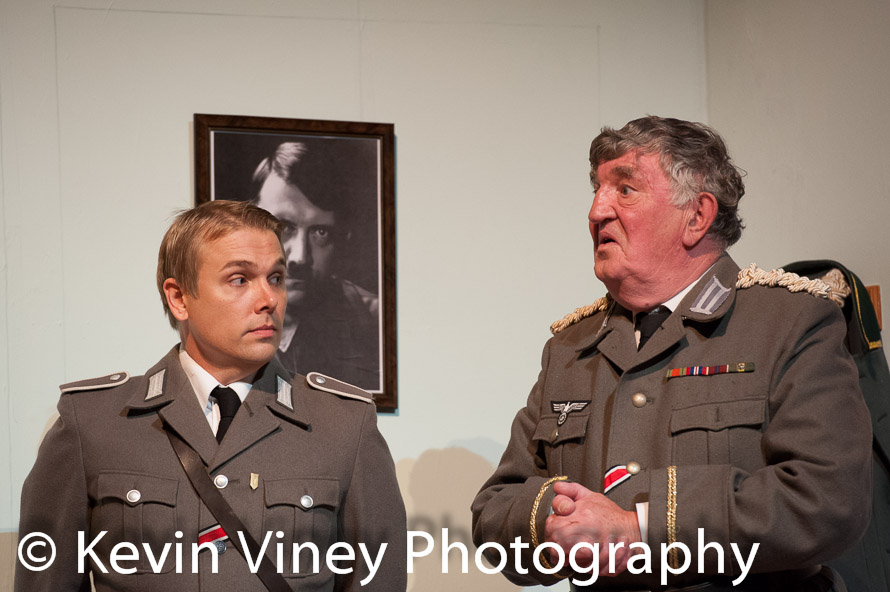 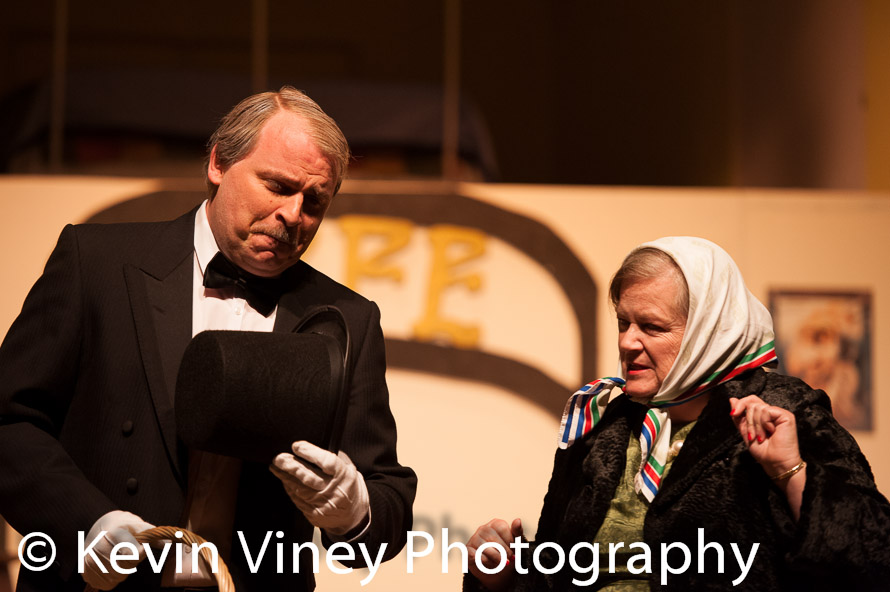 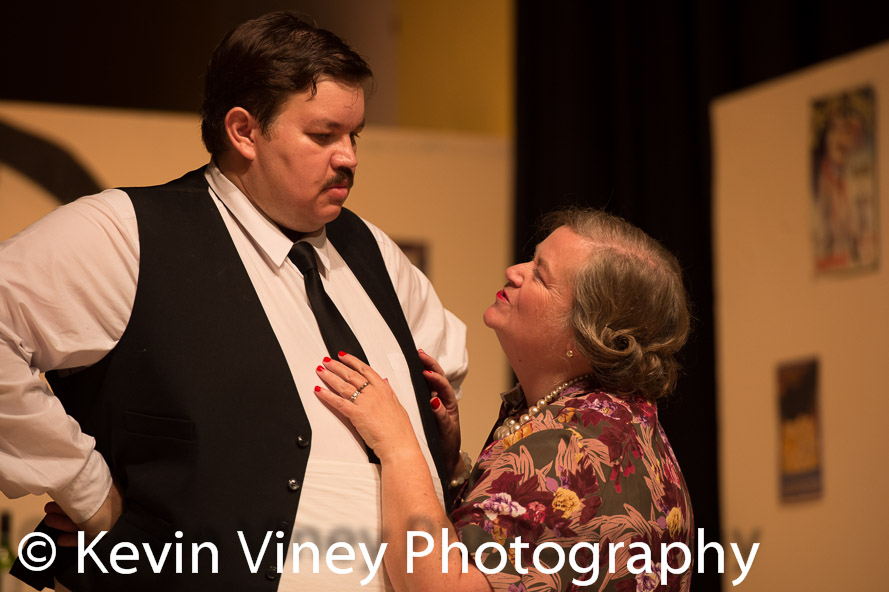 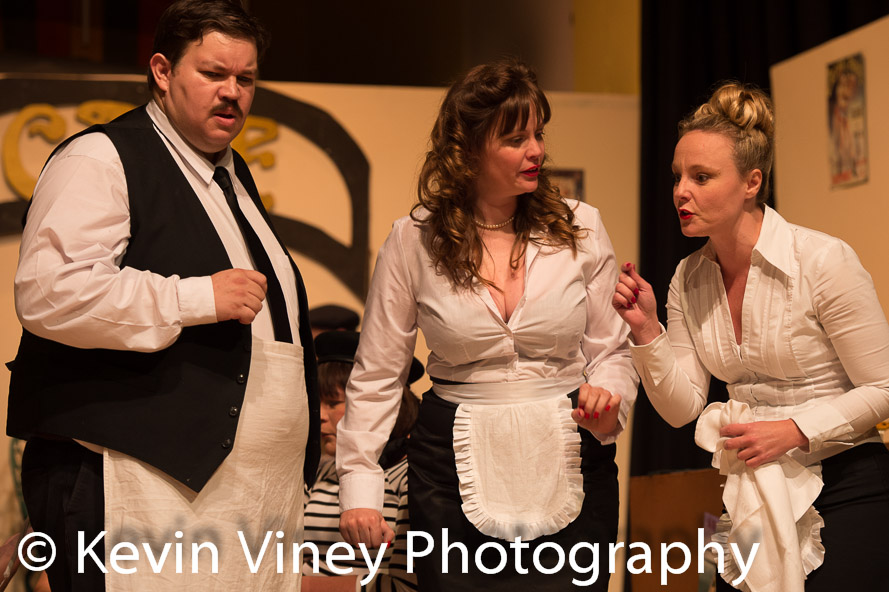 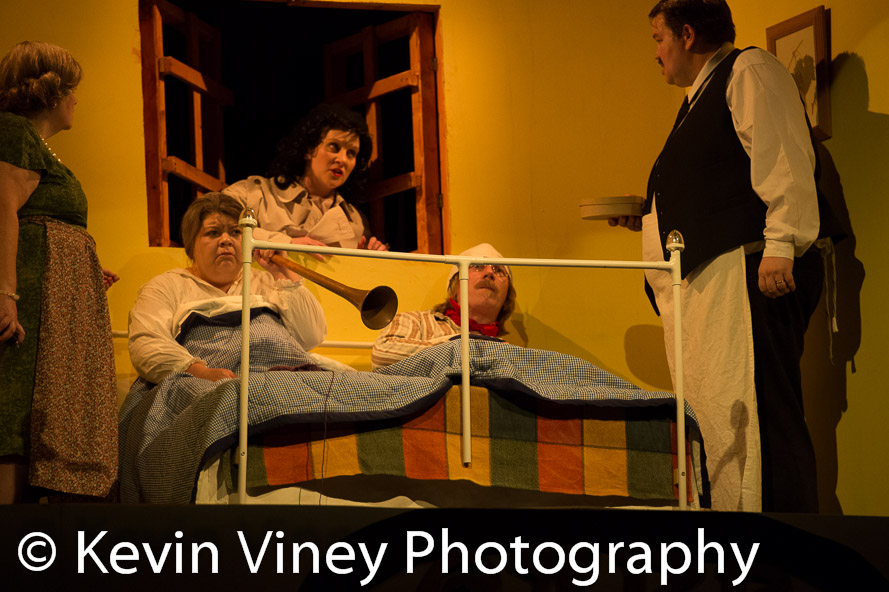 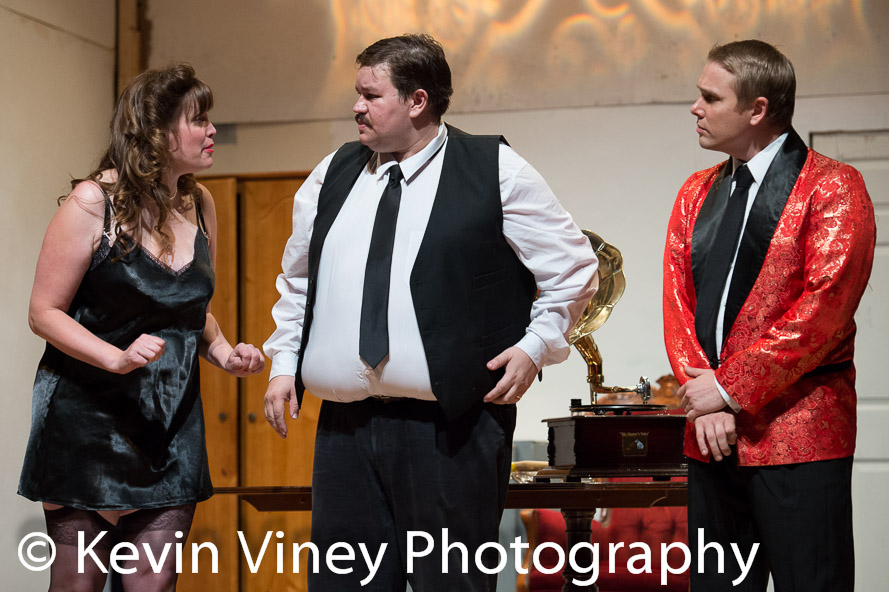 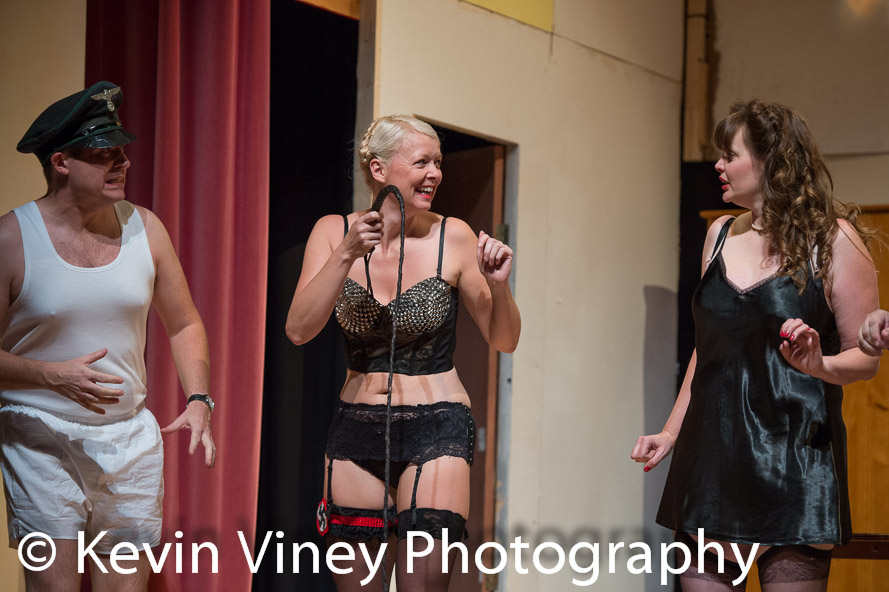 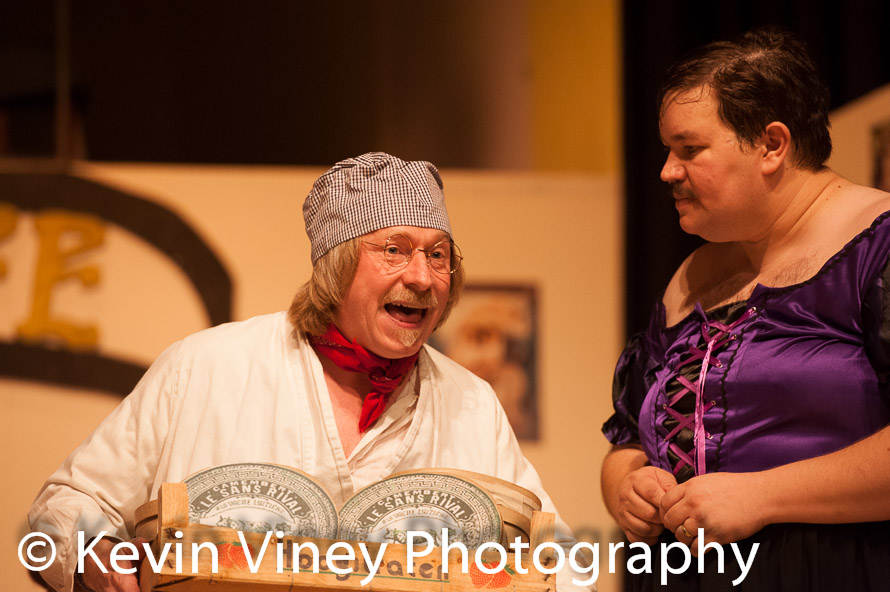 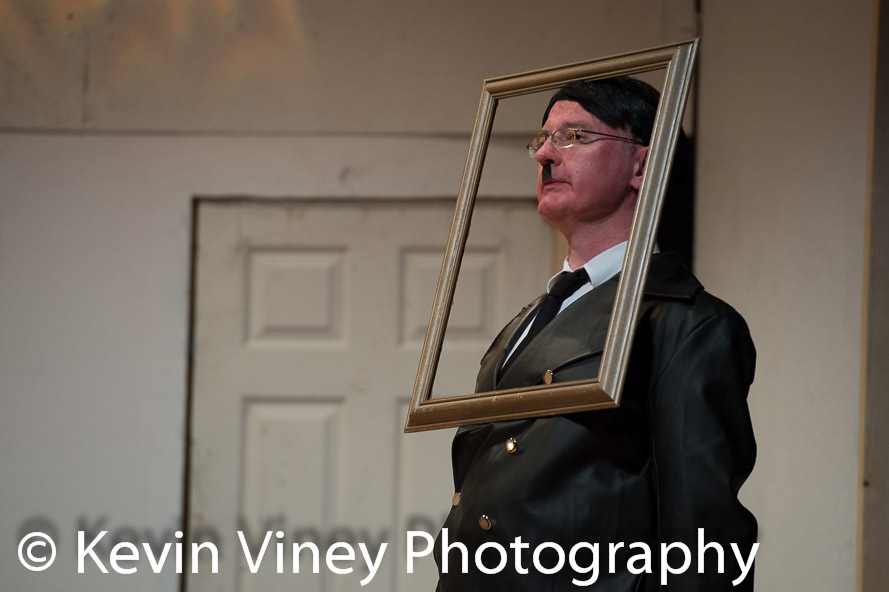 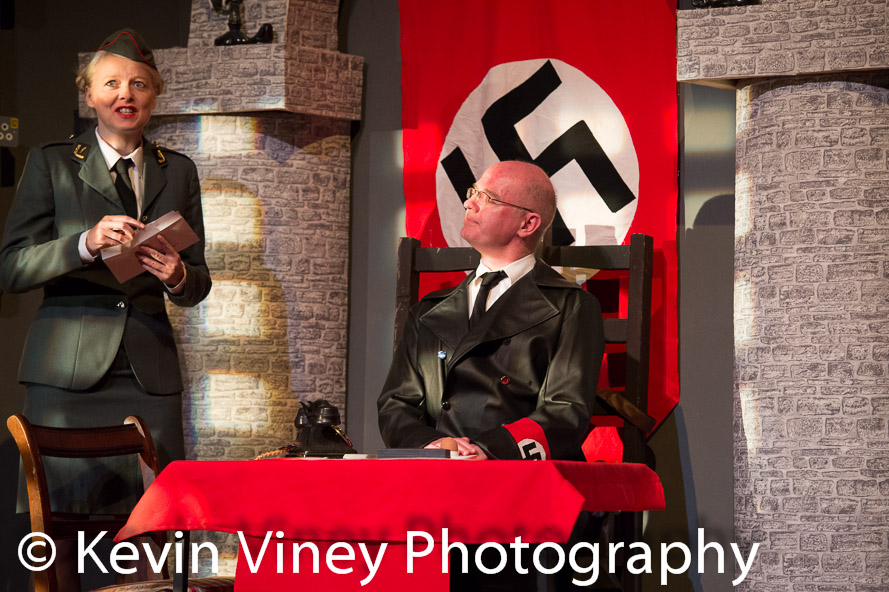 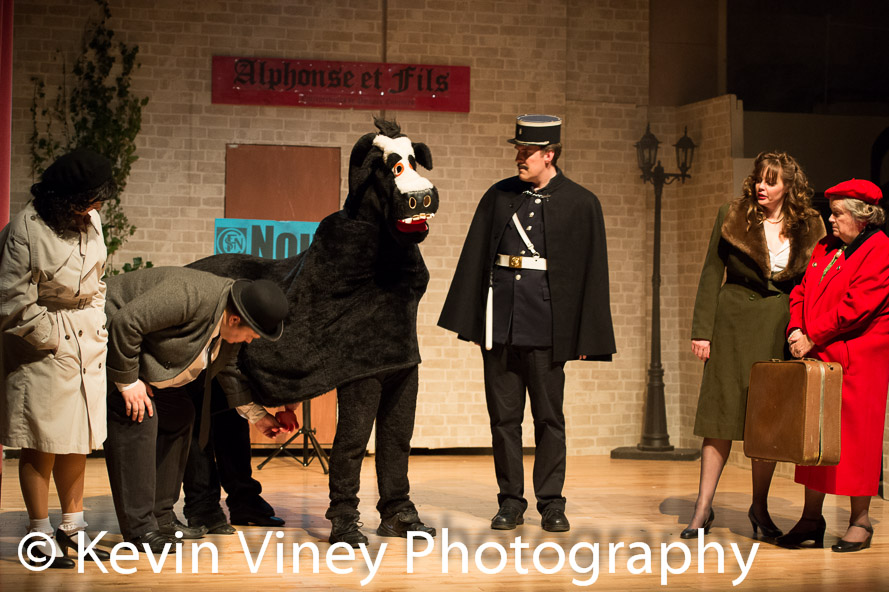 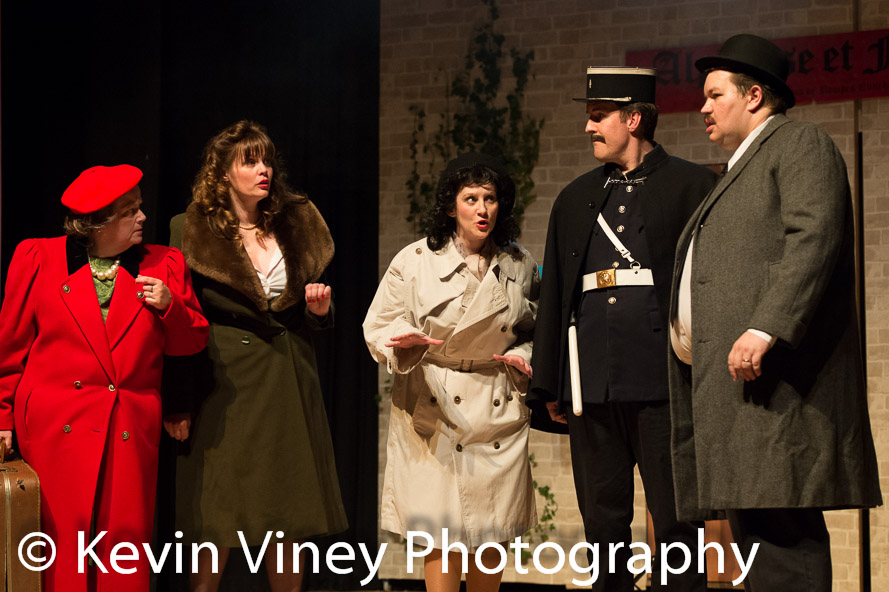 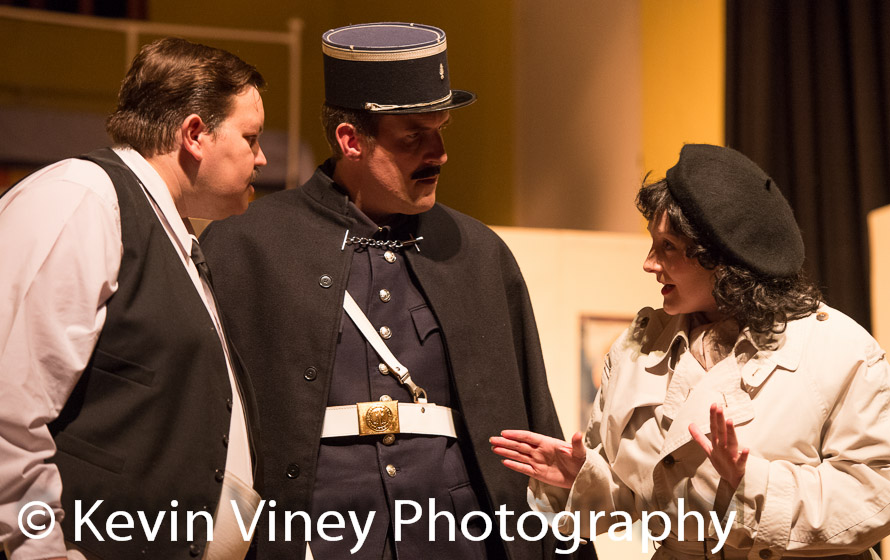 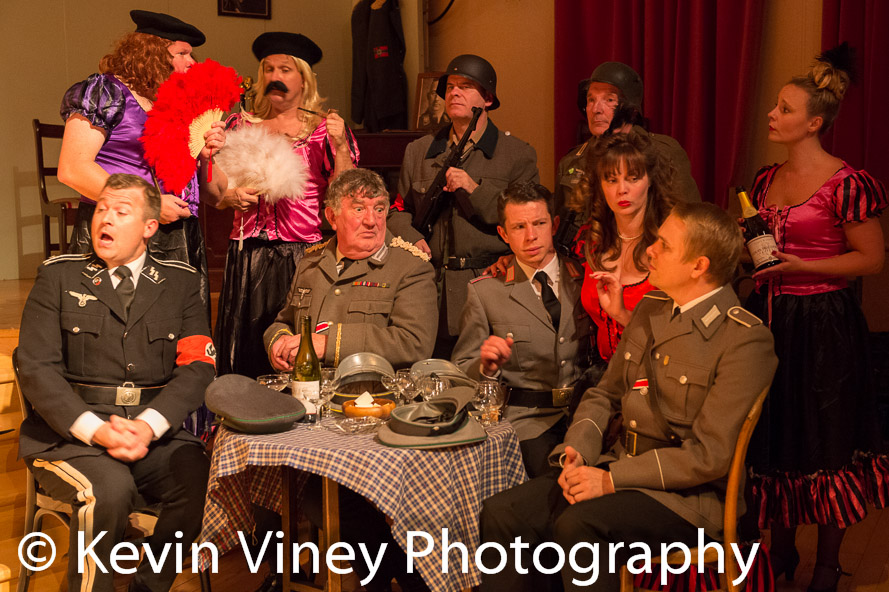 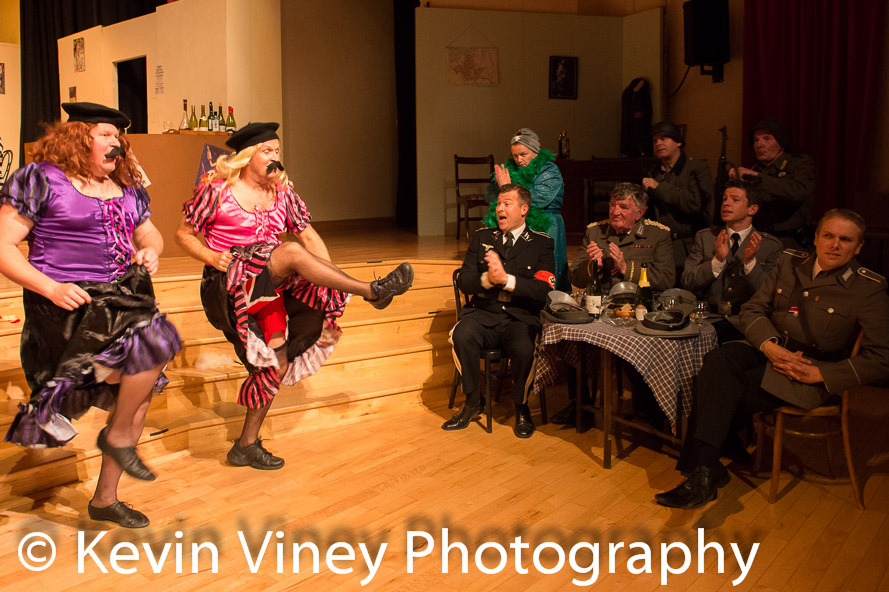 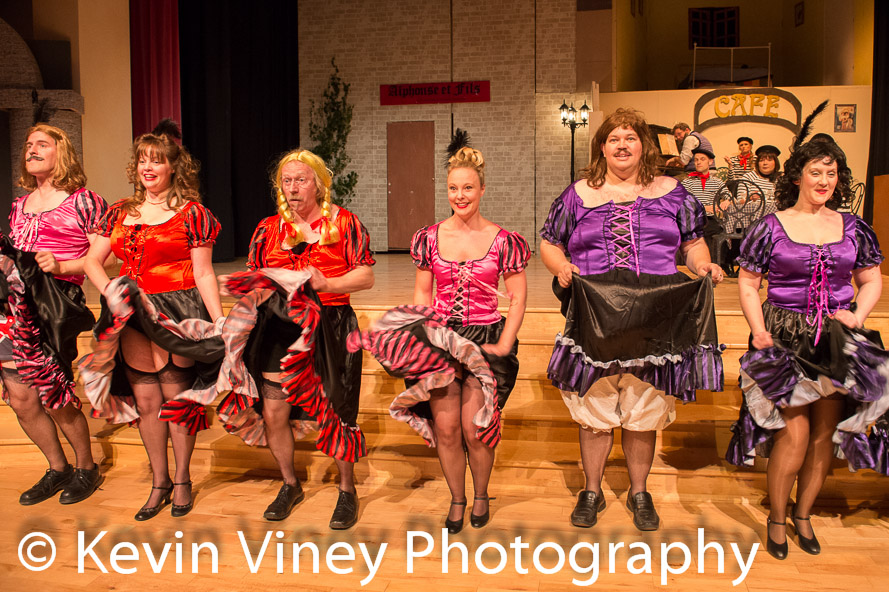 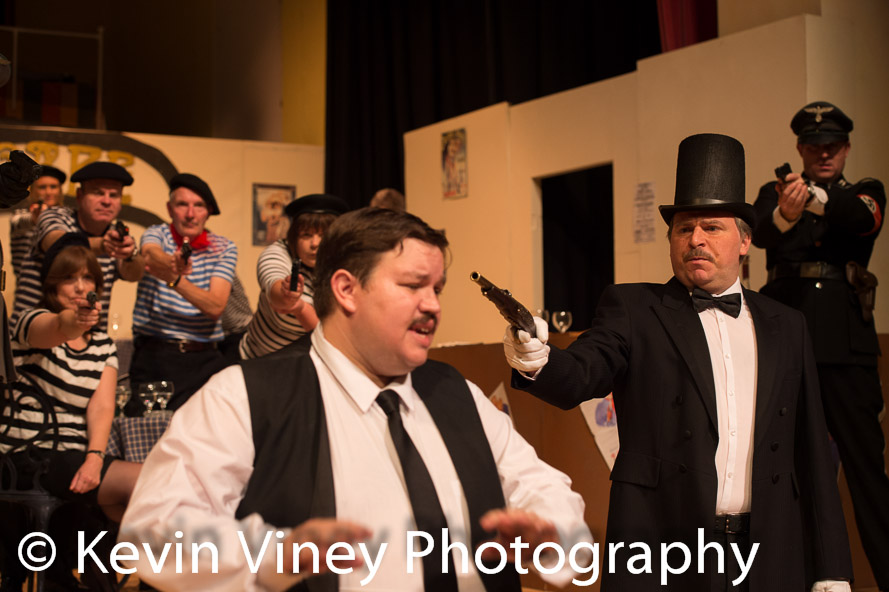 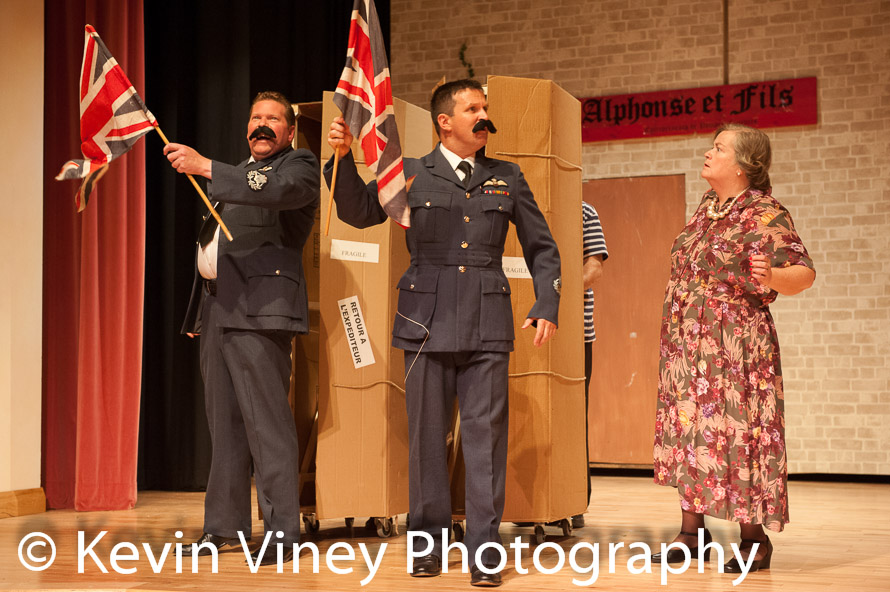 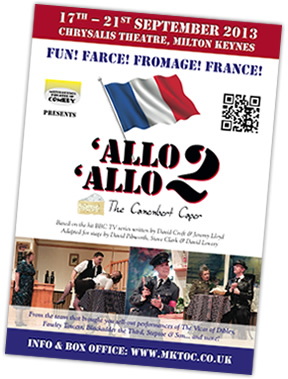