3rd to 5th November 2011 at the Chrysalis Theatre, Milton Keynes

Enter the world of Harold and Albert. Three episodes of Steptoe and  Son adapted to the stage by Ray Galton, Alan Simpson and MKTOC’s very own, David Pibworth in association with Tessa Le Bars Management!

As a showcase for the adapted scripts, which are now available for performance to other groups on application, we presented 3 episodes:

‘The Bird’: Albert thinks Harold is going out at night too much & persuades him to bring his new girlfriend home for supper. Harold, against his better  judgement, agrees!

‘The Desperate Hours’: Two escaped convicts, the same age as father and son, take refuge in the Steptoe household.

‘Oh, What A Beautiful Mourning’: Albert’s eldest brother dies. The entire Steptoe family are united for the   funeral.

Written by Galton and Simpson. Adapted for the stage by David Pibworth.

Read more information about the project to adapt the Steptoe and Son scripts to the stage and how to get the rights to perform them yourself at the Classic Comedy Scripts website.

Writing legends Galton and Simpson  attended the first night (Thursday 3rd) and signed copies of their new book – ‘The Masters of Sitcom, From HANCOCK  to STEPTOE‘ after the show. Pictures of the signing session can be seen here. 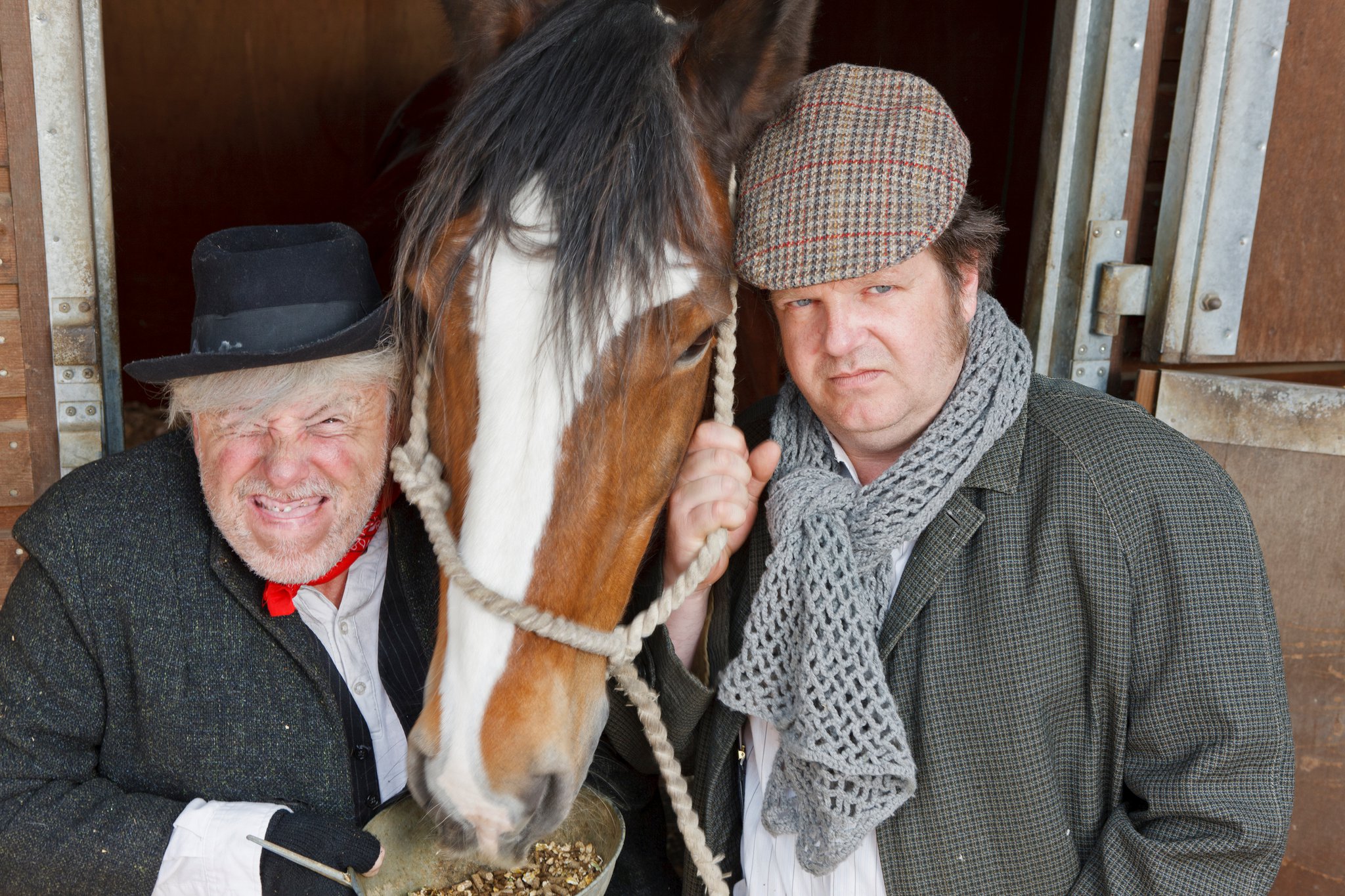 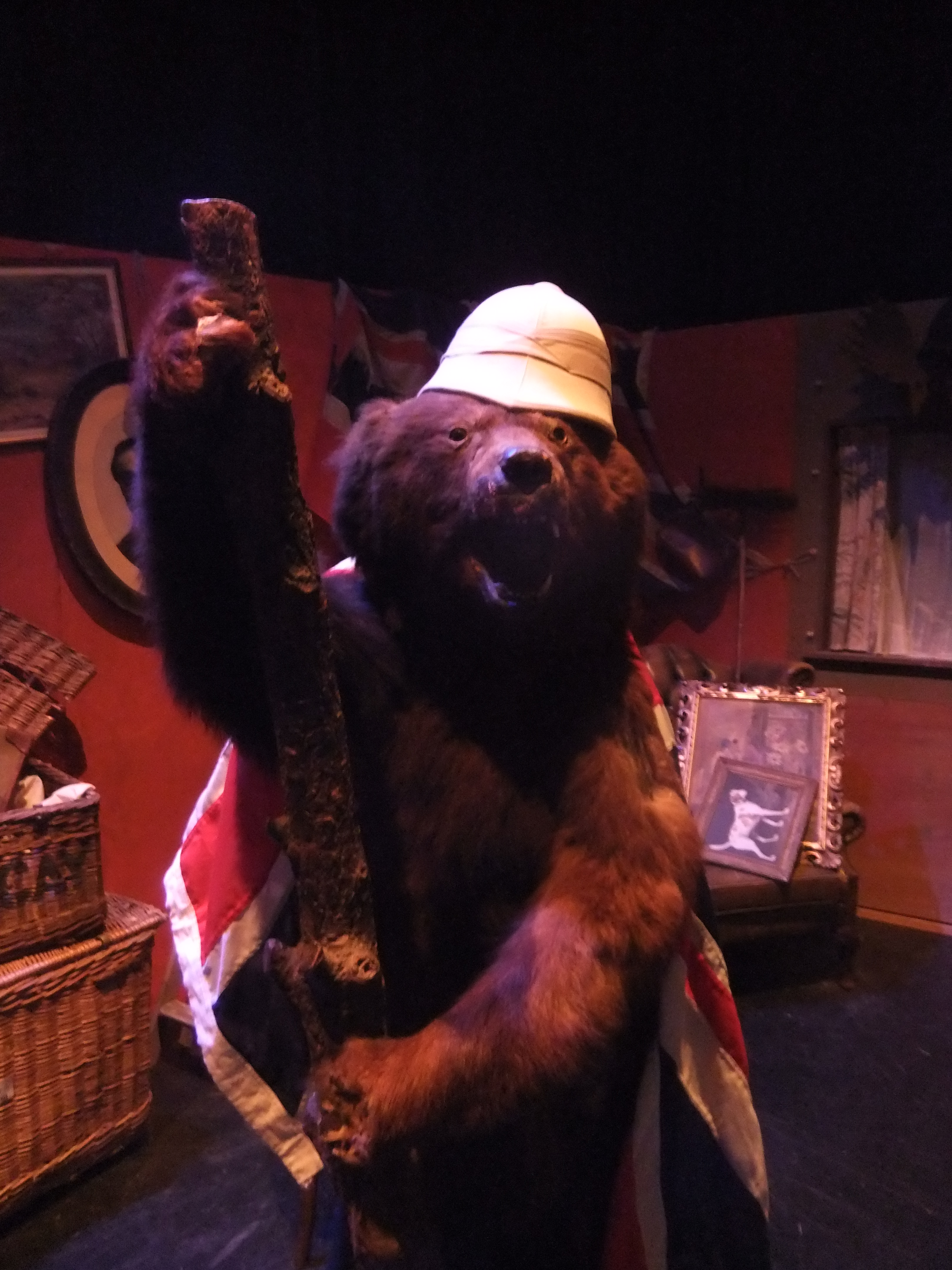 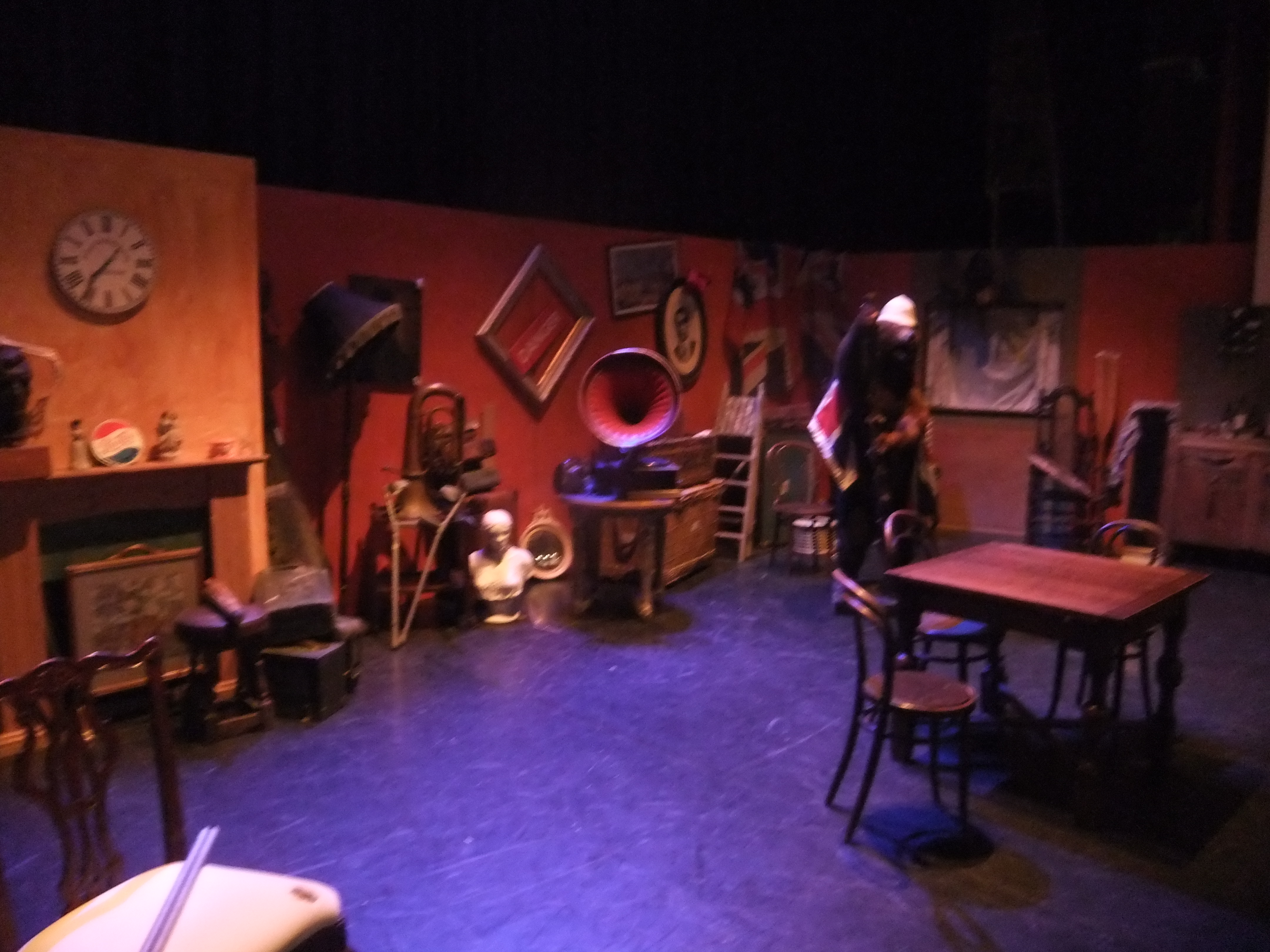 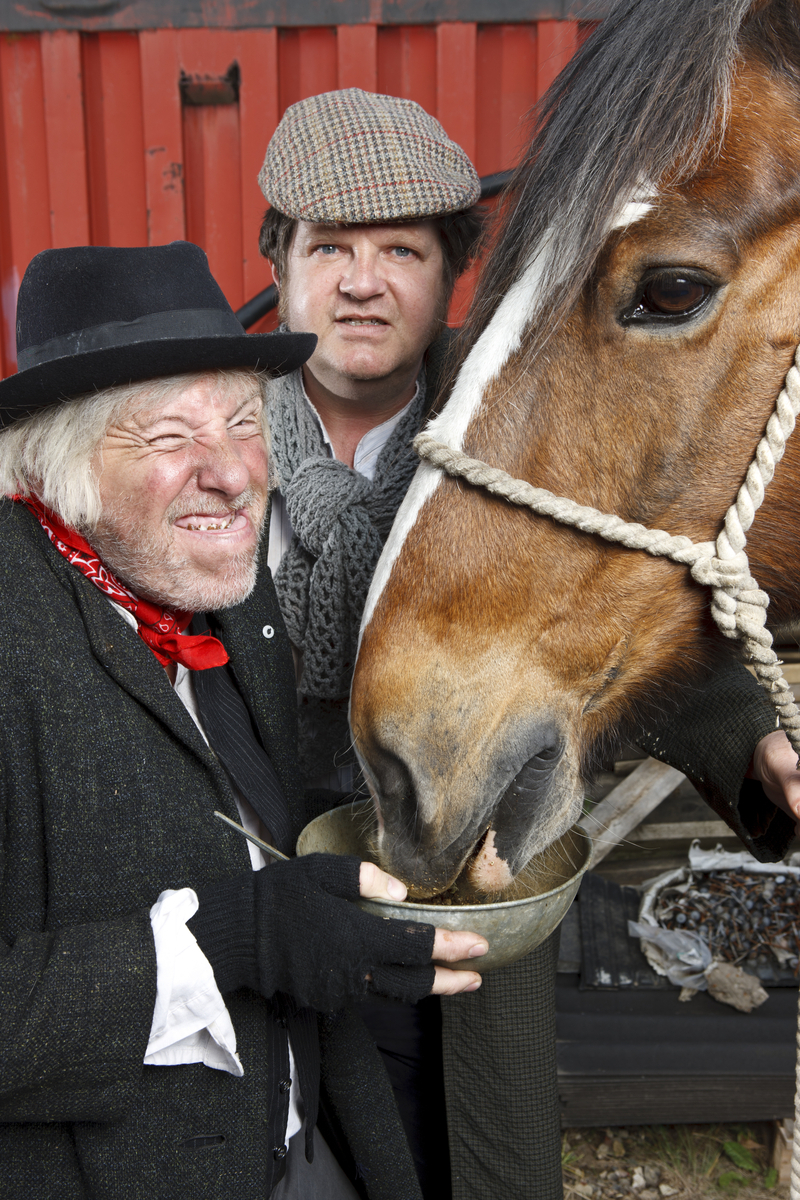 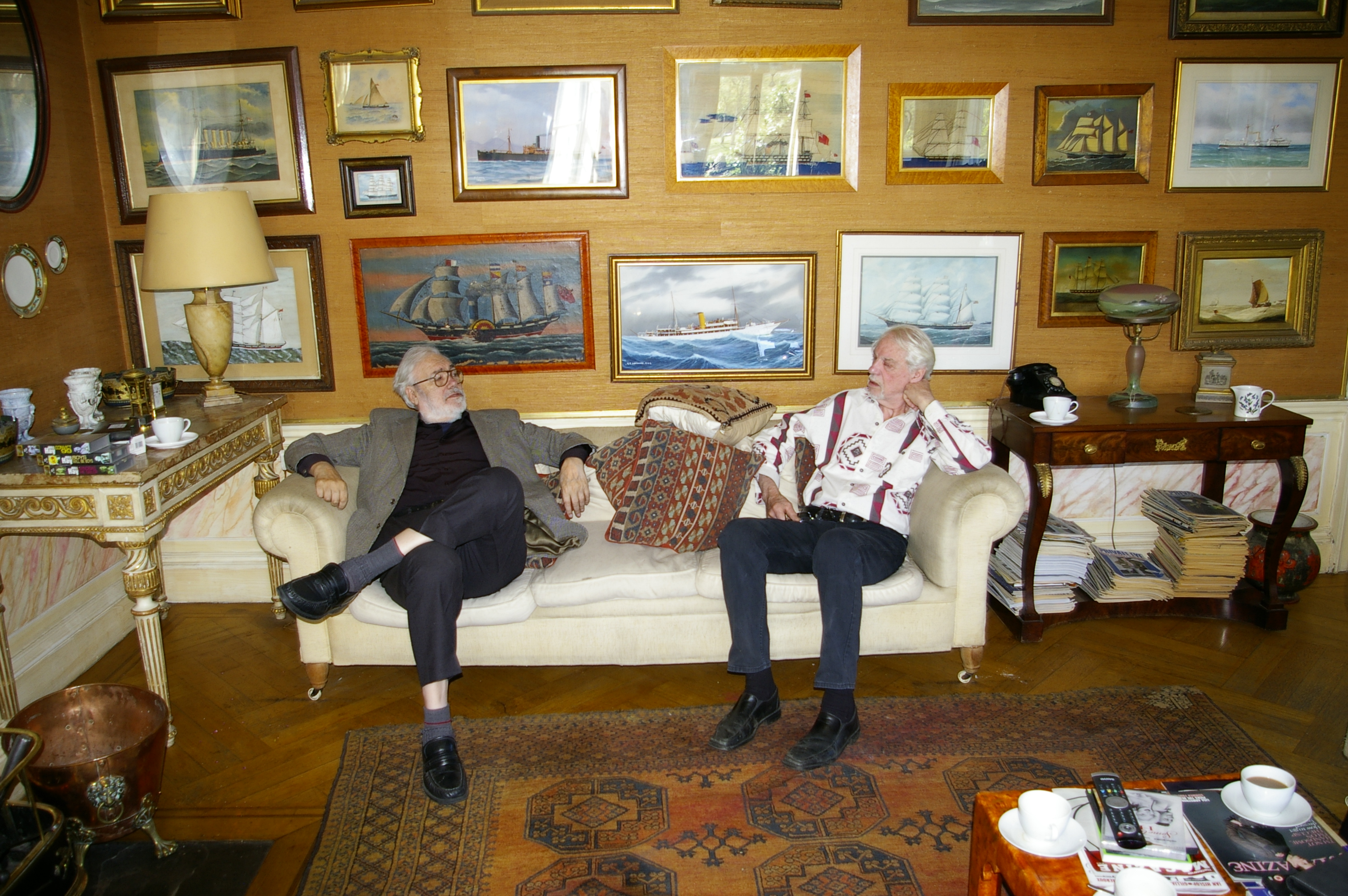 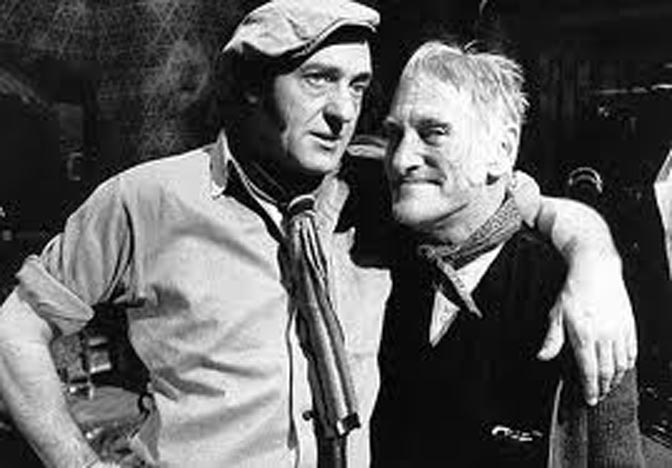 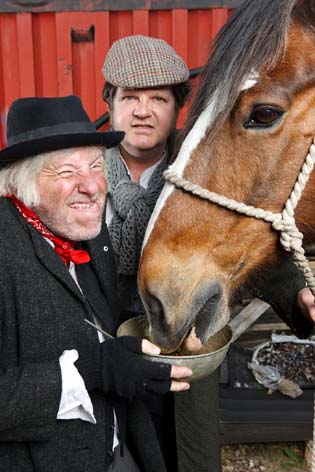 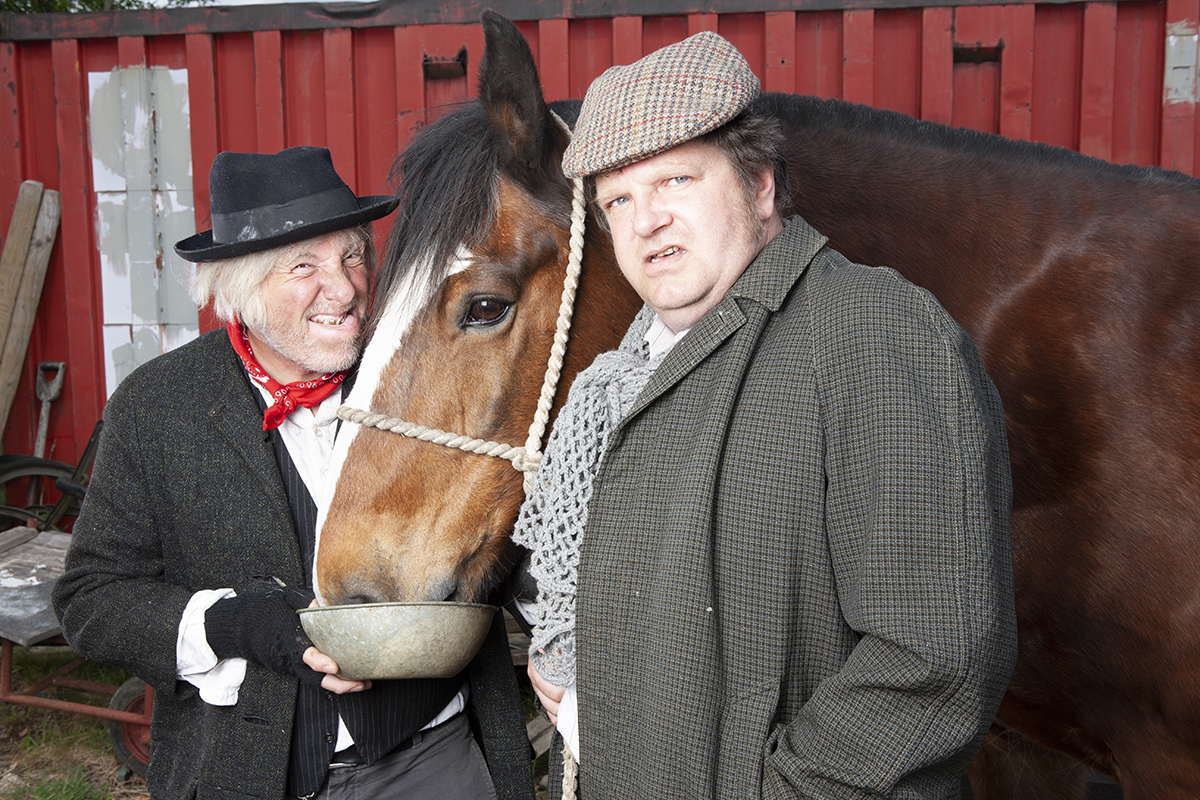 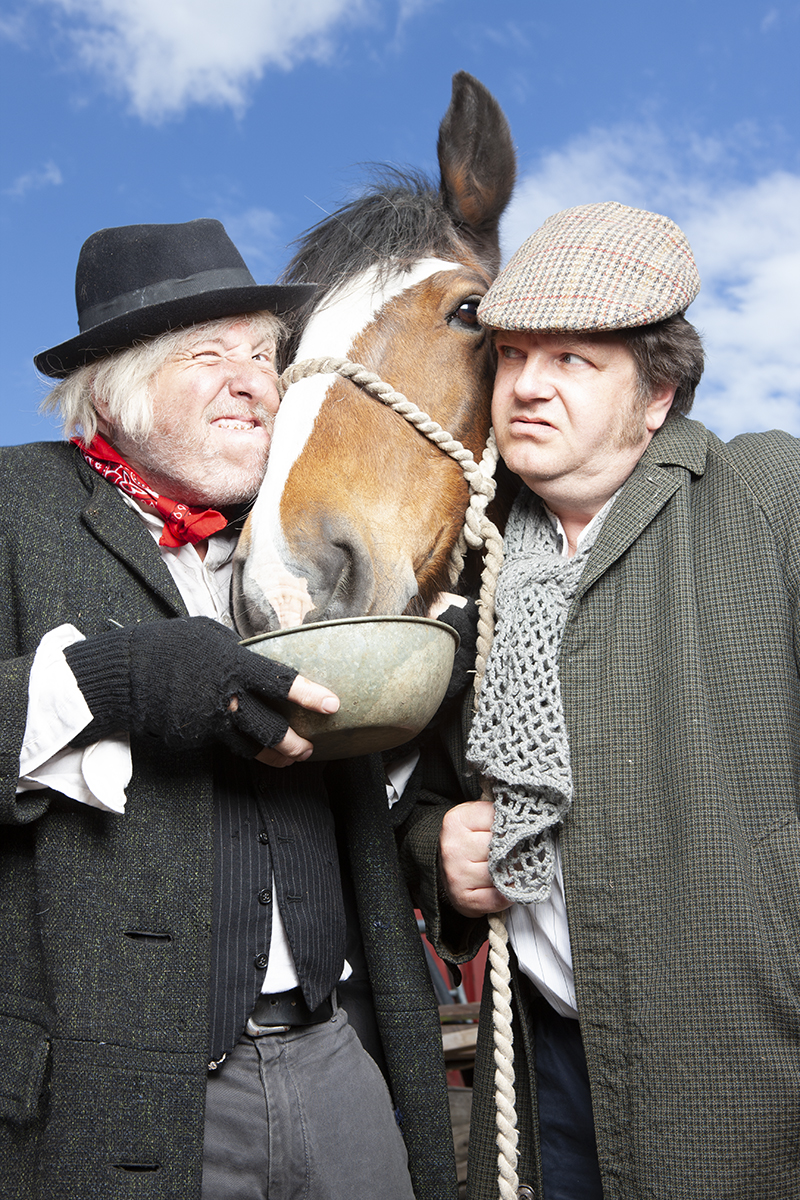 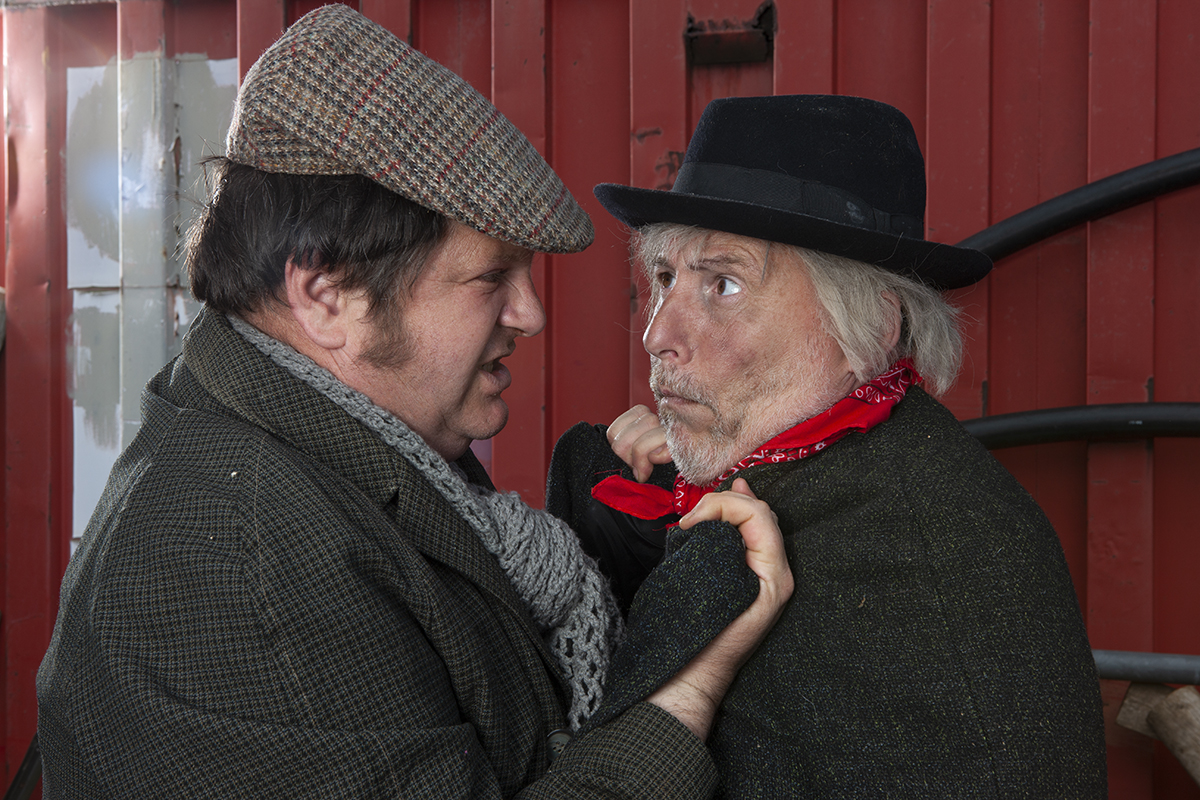 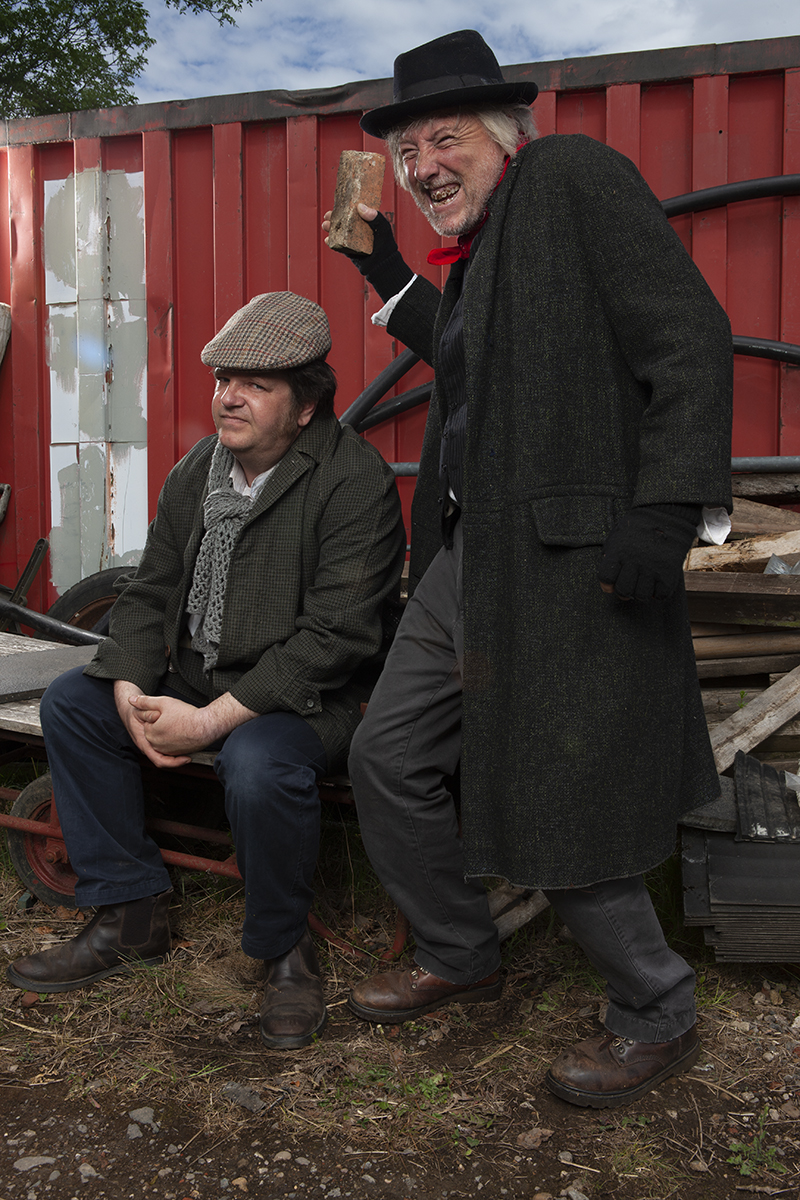 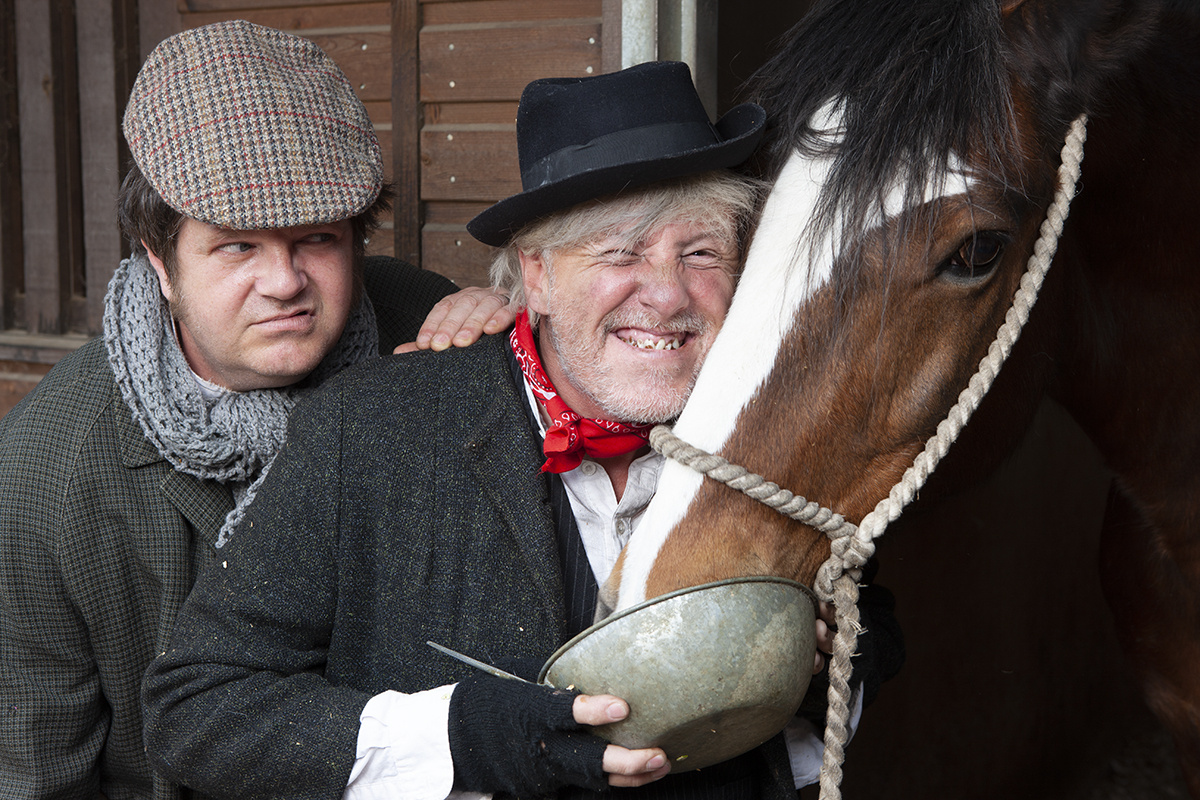 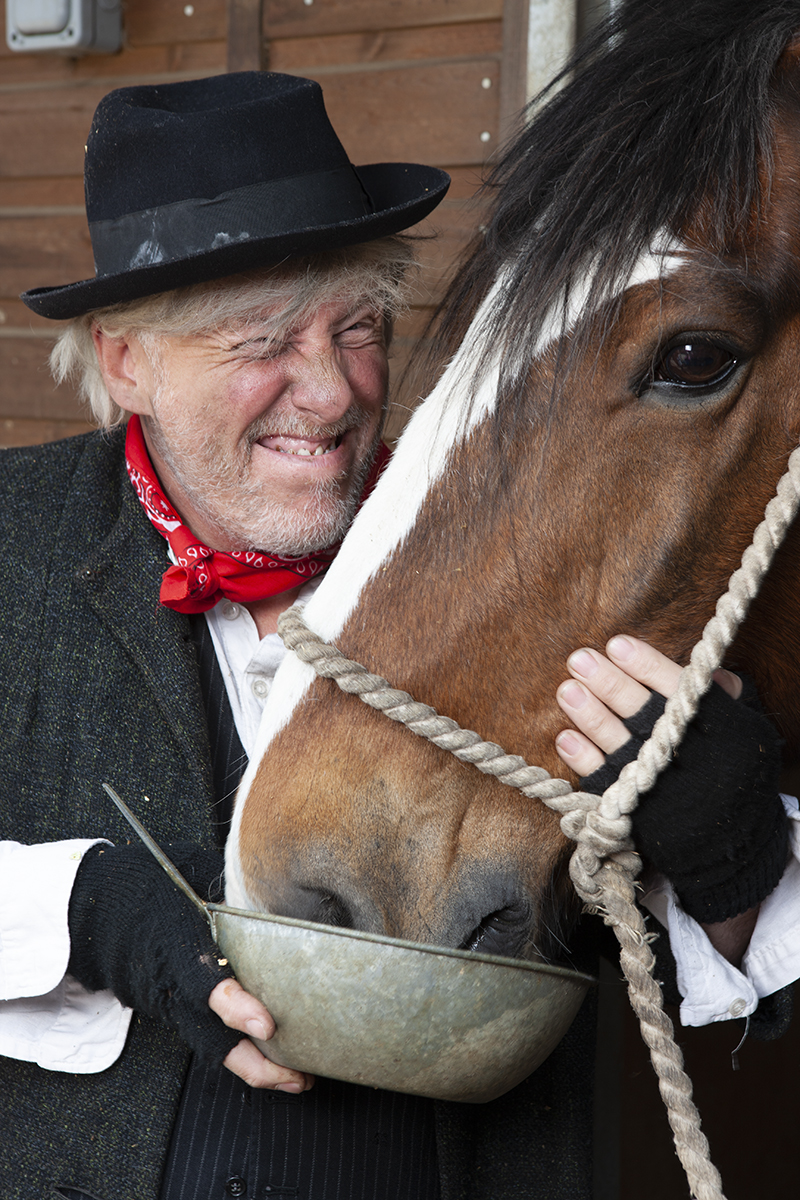 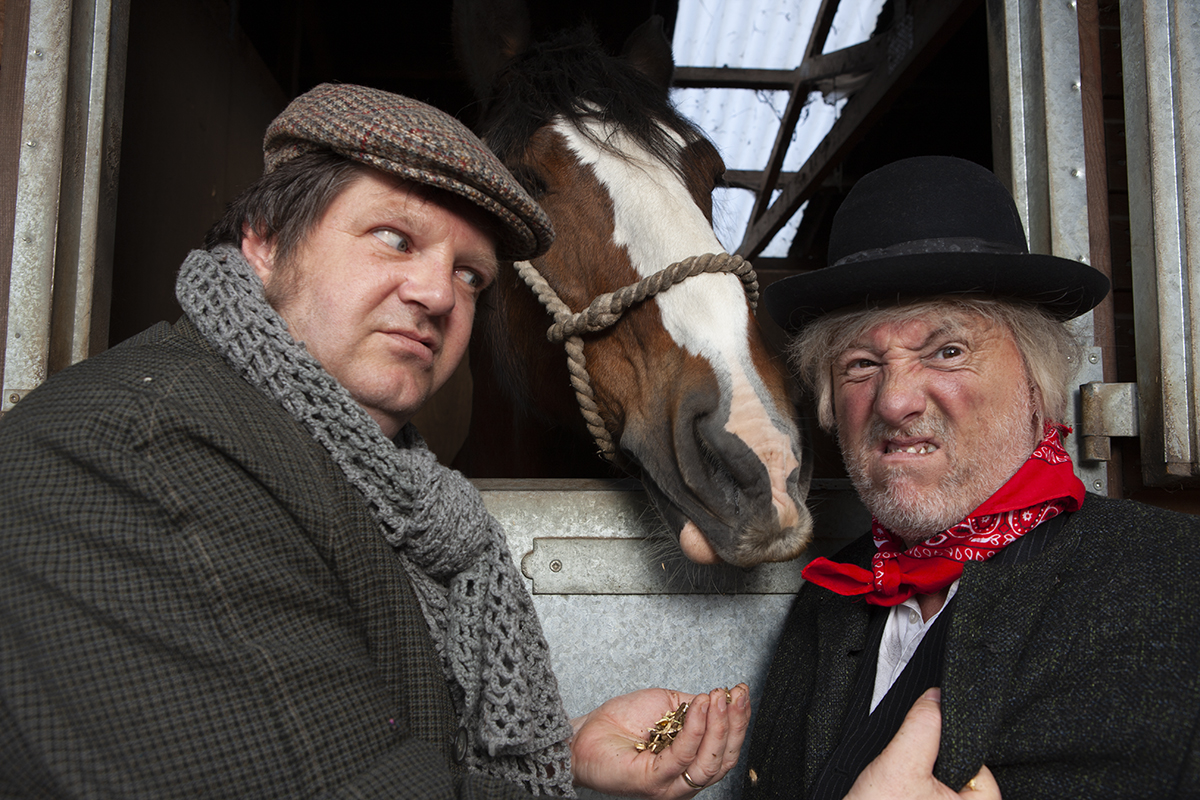