22nd to 26th February 2011 at the Chrysalis Theatre, Milton Keynes

Torquay’s most infamous hotel is open for business once again as we bring you three more episodes of this classic TV comedy! Following the sell-out success of our previous visit to Fawlty Towers in September 2010, we staged another three episodes with the same principal cast and production team!

A Touch of Class: His pretentious snobbery leads Basil to encourage a somewhat classier clientele to Fawlty Towers (“rather than the riff-raff we normally get in here”). Lord Melbury’s arrival is right up his street; there’s nothing Basil won’t do for the nobility. With hand-rubbing obsequiousness the proprietor is only too pleased to cash his Lordship’s cheque.

Waldorf Salad: Basil’s penny-pinching catches up with him as an American guest demands the quality of service not normally associated with the “Torquay Riviera”, as Basil calls his neck of the woods. A Waldorf Salad is not part of Fawlty Towers’ standard culinary repertoire, nor is a Screwdriver to be found on the hotel’s drinks list…

The Germans: Sybil is in hospital for her ingrowing toenail. “Perhaps they’ll have it mounted for me,” mutters Basil as he tries to cope during her absence. The fire-drill ends in chaos with Basil knocked out by the moose’s head in the lobby. The deranged host then encounters the Germans and tells them the “truth” about their Fatherland…

Written by John Cleese and Connie Booth. By arrangement with Samuel French. 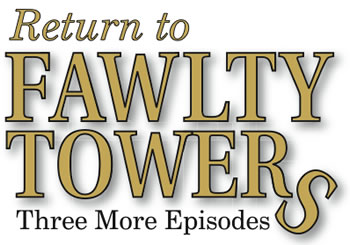 The Return of Fawlty Towers - Images by Frazer Waller 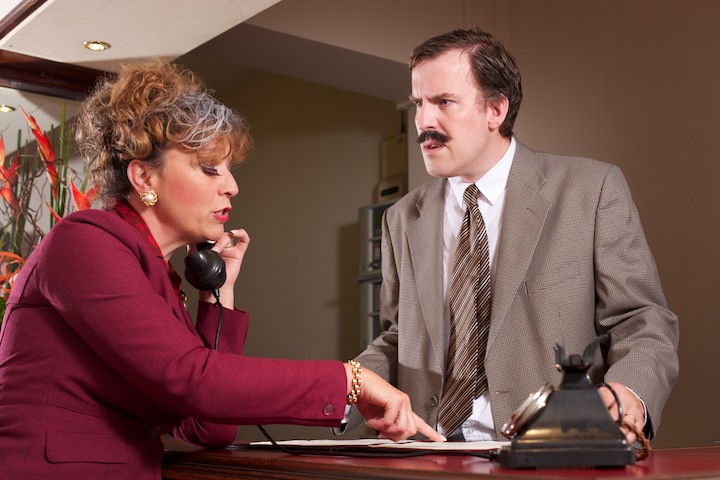 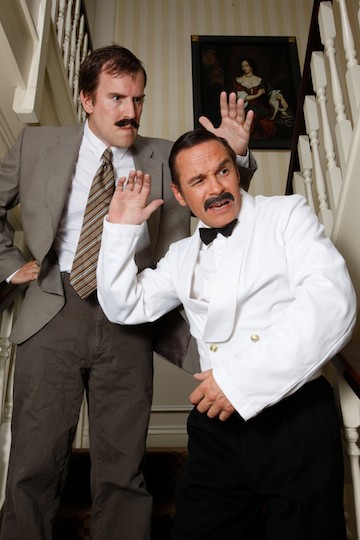 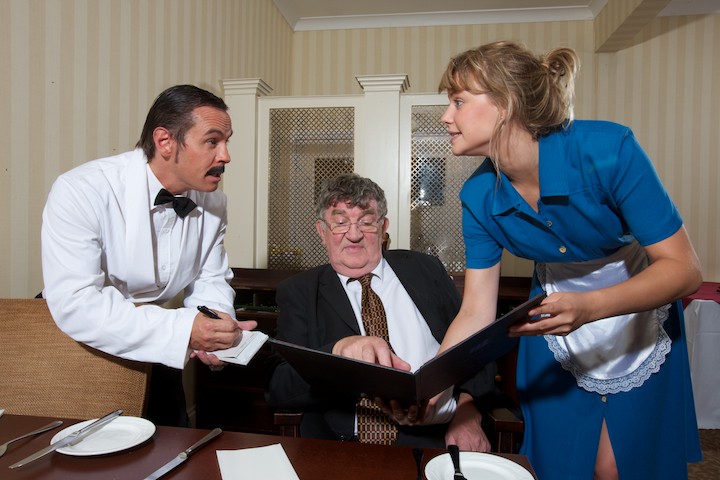